3 Tips to Getting Your Teen To Enjoy Some Time at Home, plus residential schools and troubled teen schools.

3 Tips to Getting Your Teen To Enjoy Some Time at Home, plus residential schools and troubled teen schools. 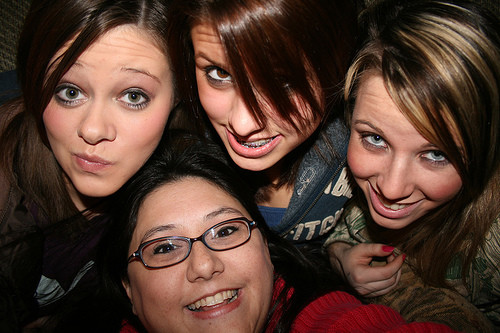 There is nothing we can do to prevent our children from growing up. In fact, for most of us, we really don’t want to do that. However, that doesn’t mean we want to suddenly start seeing them far less than we ever did either. One day, they will be out of the house forever…well, most kids anyway.

That is a sad day for many parents, even though you gain some freedom for yourself. So, if your children are quickly approaching the teen years, you might want to take some steps now in creating a welcoming environment so that they will want to stick around a little more than, well… ‘never’.

I believe one of the best ways to do that is to create specialty rooms that they might not find elsewhere. Read on to learn a little bit about how you can encourage your teens to spend some quality time at home, without saying a word.

It might only be a game, but to a teenager, gaming could mean a lot. I am sure you have heard of the ‘man’s cave’, right? You could apply that theory in creating a fun and inspiring room for your teens. A basement is typically a great place to start, because it is often more open, and has a feeling of being its own entity at times.

Pay attention to what your teen enjoys the most and run with it. For example, are they into gaming with video games? Then set up a large flat-screen TV, so they can play on a larger scale surface than what is probably in their room. Place some comfortable furniture, such as a gaming chair that literally vibrates to the movements within the game.

Other items you can place in the room are an air hockey, pool, or foosball table, arcade machines, and even a non-alcoholic bar with sodas and flavored waters.

Decorate the room in something they would appreciate, such as a superhero, sports, or music theme.

Instead of a game room, consider a home theater if your kids like movies. In all honesty, they are becoming more and more popular these days, and could actually add value to your home. If your basement is large enough, you could have both…the home theater and a game room.

The theater area will need special attention in areas such as sound, lighting, and seating. It’s best to have an area that is closed off to make that all happen, especially for sound.

To get the best sound, you automatically think of a surround system, which IS important. But, you should also consider putting up some wall pads that will help with acoustics. This will not only make the movie sound much better for the viewers, but also for those in other rooms, as it will buffer the noise for them.

Lighting is easy, especially in a basement setting. If you have windows around the area, hang dark and heavy curtains, similar to what you would see in a commercial theater. They make these with both sound and light barriers for bedrooms, which would work just fine.

Seating is something to consider as well. You could put a lot of effort into the sound and lighting, but if you don’t provide comfortable seating, then the room might not get used as often as you hope. They have seating that is specifically designed for theater rooms. However you might be limited in space, as well as funds. If so, consider wall hugging recliners which take up less room because they can line up against the wall as traditional chairs do.

Other fun features you could include are:

As you can see, you can have a great time at the movies, right in your own home. Allow your kids to have the space to enjoy with their friends occasionally, and you will find that they want to spend more quality time at home, than they would otherwise.

3. Clean Out the Garage

Another idea for the garage is woodworking, or building. Just as the auto tools, an area designated for them to create will hold their attention and give them a reason to enjoy spending some time at home.

Not too many parents want to keep their children home forever. However, during their teen years, it sure would be nice to have some quality time with them, and have the kids actually enjoy spending an evening home with the family, or even with friends. The above ideas are meant to give you all some quality time together before they do move out someday.

Rick Mercado, who is in his early thirties, is a successful writer and online marketer. Rick works from his home office, or local coffee house on his laptop, depending on his mood. For someone who loves the outdoors, especially kayaking and hiking, he also appreciates the value of having comfort inside on a rainy day, which is why after reading http://www.reclinerchairreviews.com, he was inspired to write a series about home theaters. Rick lives with his wife in Halifax, Nova Scotia on Canada’s rugged East coast.

Not too many parents want to keep their children home forever. However, during their teen years, it sure would be nice to have some quality time with them.