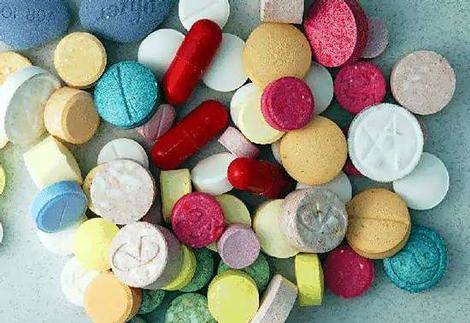 Raves are mostly found in metropolitan areas and are being introduced to rural areas as well. They are all-night, high-energy dances, which have flashing laser lights and hard pounding techno-music. These parties are often held in empty buildings, open fields, abandoned warehouses, and permanent dance clubs. Organizers advertise these parties as “alcohol free,” “drug free”and“safe.” However, because these events are usually overcrowded parties, a teenager can be exposed to a high crime and rampant drug-use environment. There are documentations, which prove that there are various overdoses during rave parties.

Club drugs are usually distributed in rave parties. Drugs such as Ecstasy; date rape drugs like Rohypnol and GHB; Methamphetamine; Ketamine; and LSD are some of the drugs circulating at such parties. Some of these drugs are tasteless, odorless, and colorless thus these can be easily added to beverages without being detected. These acts are commonly done by people who want to sedate or intoxicate other people so that they can have sexual assaults. Rave parties often sell sports drinks and bottled water at high prices to manage dehydration and hyperthermia. Neon glow sticks, chemical lights, surgical masks, menthol nasal inhalers, and involuntary teeth clenching are often prevented by pacifiers, which enhance the party experience as well as increase sensory perception.

Ecstasy, Lover’s Speed, Clarity, Adam, XTC, X, and E are Methylenedioxymethamphetamines which cause hallucinations when taken orally in capsule or tablet form. The effects last for at least three hours and enables teenagers to dance for a long time. These drugs causes rise in body temperature, kidney or heart failure, hypertension, as well as dehydration, which can cause sudden death. Loss of memory, paranoia, anxiety, sleep problems, depression, and confusion are also common long-term effects.

GHB or Gamm-hydroxybutyrate is known by street names Georgia Home Boy, Liquid Ecstasy, G, and Grievous Bodily Harm. They attack the central nervous system and are ingested in capsule, tablet, powder, and liquid form. Common effects can last for four hours and cause heart rates and breathing to slow down at dangerous levels. GHB also causes euphoric and sedative effects, which commence at least 10 minutes after ingestion. When used in conjunction with alcohol, it can cause more harm. An overdose can cause death instantly.

Methamphetamine, on the other hand, is known as glass, fire, crank, crystal, meth, chalk, ice, or speed. Just like GHB, it attacks the central nervous system and is available in powder, capsule, and pill forms, which can be smoked, injected, or snorted. Effects include increased physical activities, lack of appetite, excited speech, and agitation. Common results include damage to the nervous system or the heart, paranoia, psychotic behavior, violence, and weight loss.

Ketamine is known by its street names like Cat Valium, Vitamin K, K, and Special K. It is an anesthetic usually used by veterinarians and is in powder or liquid form. Its effects commonly include reactions the same as that of a hallucinatory drug known as PCP. A teenager may experience depression, high blood pressure, impaired motor function, amnesia, and delirium when ingested in huge doses. Common results include impaired memory function, learning, and attention.

Rohypnol is commonly known as Forget-me Pill, Roche, Rophies, and Roofies. It is an odorless and tasteless sedative, which are easily dissolved in sodas. When taken with alcohol, it can have toxic effects. Intake of Rohypnol can cause anterograde amnesia thereby making the drug known as a “date rape” drug. It causes confusion, dizziness, visual disturbances, drowsiness, and decreased blood pressure.

LSD or Lysergic Acid Diethylamide is known as Yellow Sunshines, Boomers, or Acid. It has hallucinogenic effect, which causes sensory perception distortions and can be taken orally in capsule or tablet form. It is usually sold on blotter paper. Effects vary depending on the user, environment, and dose thus making the drug unpredictable. Intake of LSD causes tremors, dry mouth, sweating, high blood pressure and increased heart rate, increase in body temperature, as well as dilated pupils. It can also cause nausea, weakness, and numbness. Long-term effects include “flashbacks: and persistent psychosis.

When a teenager is suspected of drug abuse, his actions must be monitored carefully. Strict curfews can be imposed. If there is evidence that he is into club drugs, he must approached when he is sober. If needed, friends and family members can provide the support during confrontation with the teenager. There are professionals, which can be tapped for help once the drug use is confirmed. Medical assistance can be considered if there is a need for immediate intervention. Rape counseling centers, the Narcotics Anonymous, members of the clergy, the county mental health society, school counselors, hospital substance programs, as well as doctors can be helpful in providing intervention assistance and information.