Dangers of the School Dance you Didn’t Think About, plus Christian boarding schools and residential schools.

Dangers of the School Dance you Didn’t Think About, plus Christian boarding schools and residential schools.

Dangers of the School Dance you Didn’t Think About

Home » Dangers of the School Dance you Didn’t Think About 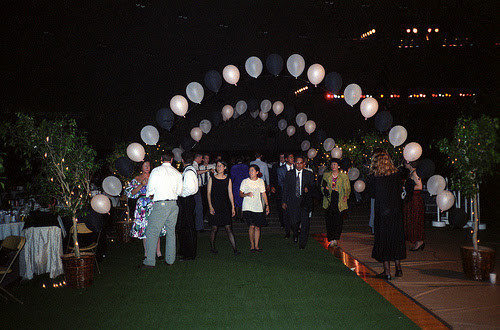 Millions of teens each year celebrate rites of passage by going to high school dances like homecoming festivities and proms. While many parents think nothing of sending off their teens for a night of fun, teens who attend these fun evenings face risks that parents may not be able to imagine. Many parents believe that teens are old enough to take care of themselves and thus give these young people the freedom to drive themselves or carpool with friends to their high school dances. However, before parents bid farewell to their teens the evening of high school dances, they are encouraged to be mindful of the risks that do exist and take the necessary steps to keep their teenagers safe.

Many teens today love to reserve limo rides or rides on party buses to take them and their friends to dances. Despite being all the rage, these rides are increasingly becoming risky choices for teenagers. In fact, many of these transportation companies fail to screen their drivers or even require that their drivers remain sober while on the job.

Teenagers have become the victims of intoxicated limo drivers and had their lives put in jeopardy because of the transportation company’s lackadaisical approach to hiring. Back in May of 2013, one Chicago limo driver was arrested for DUI while driving 23 teens to prom. Parents can keep their teens safe by checking the limo company and only allowing their teens to reserve rides from reliable and bonded limo or party bus businesses.

Lay Down the Laws about Risky Behaviors

Teens who drive themselves or carpool with friends may be prone to push the limits of their freedom. Without the supervision of their parents, teens may decide to drink and drive or engage in other risky behaviors. Parents who choose not to chaperone their teens to the dance can still keep their kids safe by laying down the law about these behaviors. They can tell their teens what behaviors are expected and which ones should be avoided. If their teens choose to engage in bad behaviors, teens should follow through with the promised punishments.

While their teens are out having fun at the dance, parents can check in with their teens to make sure they are alright by calling or texting periodically. One or two phone calls throughout the evening would not be out of question; even more, this check-in activity may be firmly established before the teens leave their houses. Along with phone check-in times, parents should also establish firm curfew times. When teens have curfews, they are less likely to engage in risky activities. They want to avoid being punished and losing their privileges.

High school dances can be a rite of passage that teens can enjoy with the proper amount of parental input. Setting firm guidelines and keeping these ideas for their safety in mind can help parents of teenagers keep their kids safe.

With a child about to enter high school, writer Melanie Fleury finds herself going over every scenario possible. After reading blog entries on http://www.chicago-injuryattorney.net/that involved accidents with kids, driving and sometimes even school buses, she was inspired to write this article.

Dangers of the School Dance you Didn’t Think About