Home » Dealing With Holiday Conflicts in The Family 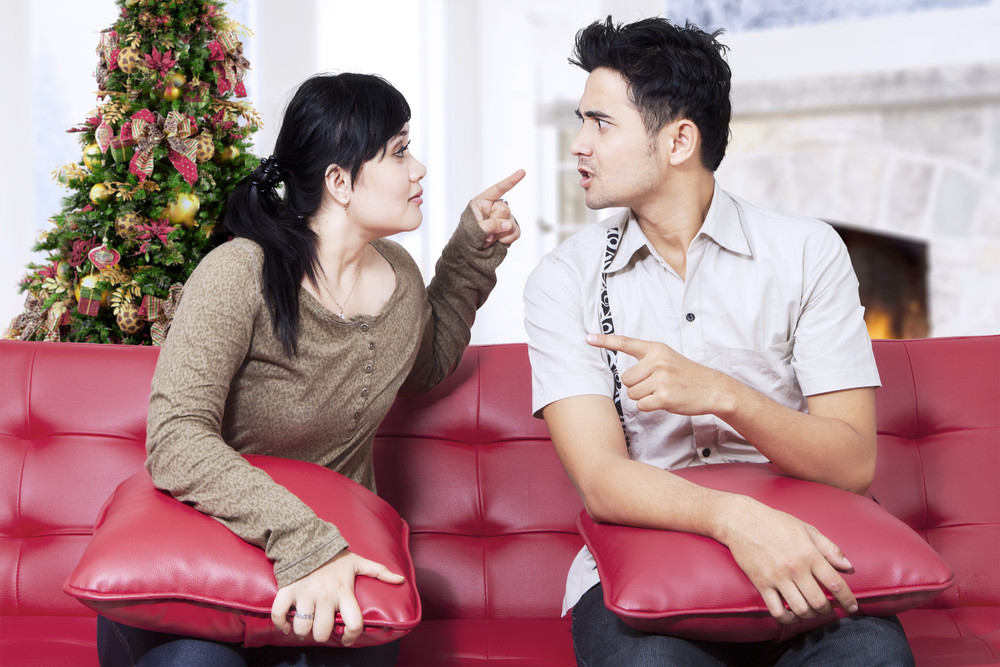 The holiday season can be a joyful, happy time, particularly if you’ve come from a perfectly harmonious family. But since there is no such perfect family, the majority of people reading this probably have mixed feelings, at best.

There are plenty of reasons to be stressed out around the holidays; not the least of which is the time the whole family will be together. Getting ready for that, plus with kids home from school and all of the added duties and appointments of the holidays, it can cause parents to be more on edge, thereby putting their kids on edge as well.

In fact, the holidays provide the ideal condition for flare-ups between parents and their children. The expectations you have of each other are almost always unrealistic, making disappointments inevitable. People often revert to old domineering practices that worked when your children were younger, momentarily forgetting that the hand of time has actually changed the landscape of your family. The holidays can be painfully difficult every year because people do not allow the members of their families to be who they currently are; rather, they expect them to be who they once were, or who you think they should be. Teenagers may easily misinterpret innocent remarks or harried demands, leading them to defend themselves and more than likely be the center of a drama which will probably include both anger and tears. Parents can be less gracious as they plow forward, fueled by adrenalin and caffeine to get everything done. No, nobody is perfect, this year or any year, but over the next few days perhaps you can focus on changing just a few things to make your home more welcoming. If so, this holiday season may just offer something different than the usual stress to which you are accustomed. You can’t always change others, but you can change yourselves, and alter our own perspectives and expectations, setting the stage for more enjoyment of what is supposed to be a joyous season.

Some parents just don’t have the good sense to let some things go, never realizing that the end results of a “fight” won, really isn’t won at all. With nerves already in edge, they can pick a fight over some issue and win, and be the biggest losers in the eyes of their teens. Maturity usually brings with it wisdom to know which battles to engage and which ones to let go. Have you learned which is which? If an issue has nothing to do with character, virtue and values, it’s probably not a battle worth fighting. There are issues that come out at the kitchen table that you know that you could win; a comment or stance that you’d like to show your teen where he is wrong. But in the process of taking on that battle, you might just lose the war with your teen. For instance, did all the issues your own parents battled with you really make a difference today? How about the battles over the length of a guy’s hair back in the 70’s. Or, the number of arguments about 70′s music; music that you now hear being played in grocery stores and elevators. It was all a waste. Clashes between cultures over unimportant issues ended up building a rift — a generation gap — between teenagers and their parents on a generational scale. Similarly, there are issues today that don’t really need to be issues to be fought over as well. They’re nothing more than fodder that is a waste of breath and the poor use of the limited time that you have with your teen.

Commit to Make Your Home a Place of Rest

Are you more concerned with what your house looks like than the celebration of the relationships? Are you more concerned that your kids don’t put their feet up on the coffee table or their elbows on the dinner table than them having a relaxing time with them?” Are you more concerned with the cleanliness of your home than having a fun time making a mess together? Do you not do some things together because the work to clean up is just not worth the time you can spend together? Homes are usually a reflection of who you really are. And your expectations for your homes are usually a reflection or extension of what you want for your teens. Remember this…a stale and unwelcoming home usually houses stale and unwelcoming relationships. A few small changes in the way that you operate your home these last few weeks of the year can make your home more welcoming for your teen; turning it from a place or stress to a place of rest. It’s not your rules that will cause stress; it is when there is poor communication, excessive lecturing, bickering, and unnecessary fighting. So, bite your tongue, count to ten, go for a walk, or whatever you do to will help prevent lashing out at your kids with something you’ll regret.

Dealing With Holiday Conflicts in The Family | Parent Help

The holiday season can be a joyful, happy time, particularly if you’ve come from a perfectly harmonious family. If not, we can help!