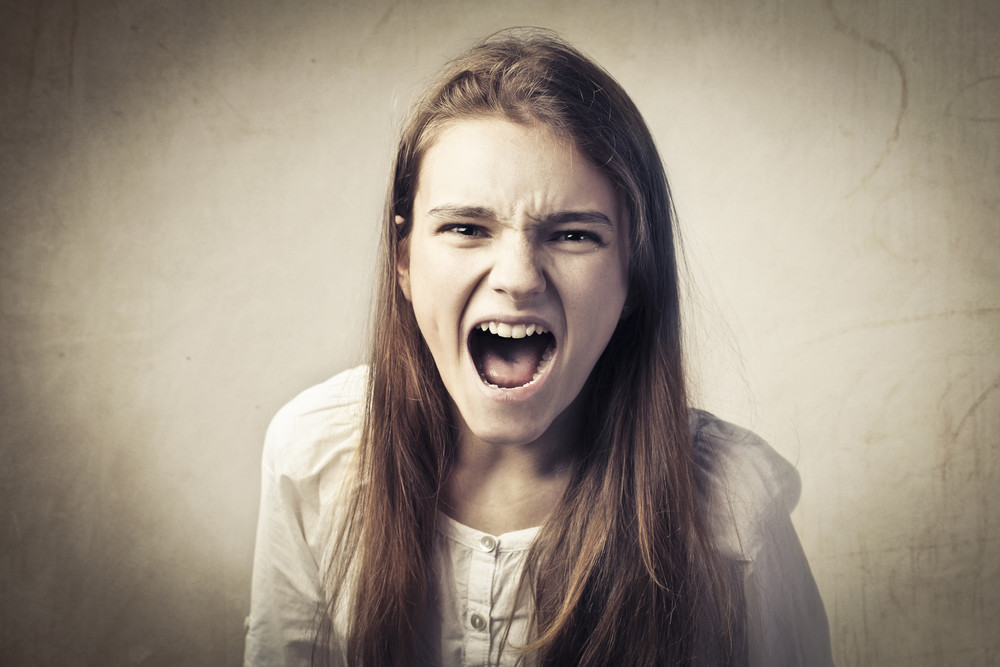 Just about any teenage experience revolves around the quest for independence. Whether your teenager is going through radical style changes, mood swings, new interests, or rapidly fluctuating (and intensely passionate) musical interests, it’s helpful to understand it as a search for their own identity. When your teenager begins to lash out and get angry, it’s usually just a different expression of the same basic instinct, but it tends to come with much more dangerous effects than dying their hair pink or getting deeply into 70’s folk rock. So how can you de-escalate these blow-outs and guide your teen towards a more rational expression of their autonomy?

A huge mistake many parents make is to escalate and match their teenager’s rising emotion. It’s important to respond calmly, even when your teen addresses you in a hurtful way. If you can react to statements like “I hate you!” with a rational “I understand that you’re upset, but those words are hurtful,” you’re on the right track. Try to steer explosive language from your teenager into an open conversation centered on expressing their feelings less aggressively. If you can also listen to your teenager rather than cutting them off or saying “no” immediately, you can often evade some of the more severe confrontations. Even if you know you’re going to refuse their request or it seems evident that what they’re asking for is ludicrous, try to hold off on responding immediately. If you can get them to talk about what they want and why they want it, they will feel like they are being heard, which can neutralize their rages. In many cases, you can even guide them towards understanding why their request is something that you can’t possibly agree to as a responsible parent.

If you’re demanding respect from your teenager, it’s important to remember that it’s a two-way street. Privacy is a huge part of respect and, during the teenage years, your son or daughter may become extremely territorial regarding their personal space. While it’s important to make it clear that this is your home and you are entirely free to come and go as you please, some basic privacy rules can alleviate a lot of the tension. Make it a rule in your home that everyone is expected to knock before entering someone’s room. Discuss the importance of asking before borrowing things. These basic tenets of respect can go a long way toward keeping things civil in your house.

Just about every teenager is living with a degree of insecurity. It’s no secret that the teenage years tend to bring about a specific element of narcissism and this self-obsession can quickly lead to an extreme sensitivity to criticism. As a result, and an endless stream of criticism and directives are likely to not only fall on deaf ears but provoke hostility in your teenager. Criticism is, of course, a necessary part of parenting and can sometimes be the only way to help your teenager adjust their behavior, but it’s important to be mindful of your approach. If you need to correct or criticize your teen, do all you can to take a respectful approach. Even helpful or well-meaning criticism can feel like a direct assault on your teenager’s fledgling identity and summon the full force of their wrath. Pick your words carefully and think out your approach before offering critique. Turning criticism into a conversation instead of command is another effective way to keep things from boiling over.

While there’s a lot you can do to manage an angry teenager, there’s only so many ways you can avoid setting them off. At a certain point, you’re going to need to hold them accountable for their actions, which is where rules and consequences become essential. It’s often best to establish these rules at a time when both you and your teenager are calm and can sit down and go over them. Explain that lashing out is unacceptable and create a clear and concise set of rules and consequences. The most important part of this, of course, comes later when you have to follow through. No matter what the situation, you absolutely need to stick by the plan you outlined. Don’t back down from the consequences or ramp them up out of your own anger. Stick to what you agreed upon and remain consistent. Even the angriest of teenagers will respond to consistency above all else. In the case where your teenager’s behavior has escalated beyond your means to control, you should never hesitate to reach out for help. If your teen is bringing violence and threatening behavior into your home, you need to take more serious action. It’s important for you to know that you should absolutely never feel afraid in your own home, nor should your other children be placed in harm’s way as the result of your teenager’s actions. Don’t let an angry teenager control your life or endanger your home. Most importantly, don’t allow it to prevent you from getting assistance if the situation gets too severe. If it’s gotten to this point, there are dozens of excellent therapeutic programs throughout the country which can help.

Should you need help finding ranches for boys or troubled teen schools or schools troubled teens or ranches for teens, please let us know. Therapeutic programs and schools like this will provide treatment for troubled teens. Boarding Schools (Emotional Growth Schools and Therapeutic Boarding Schools) provide supervision and counseling for at-risk teenage boys and girls. Rehabs for teens provide addiction counseling and drug abuse recovery. Residential Treatment Centers offer clinical treatment with both academic and behavioral support, plus medication management and medical monitoring. They treat adolescents with serious psychological and behavioral issues, are highly structured, and they offer recreational and adventure activities.

Teen anger is common, so how can you de-escalate these blow-outs and guide your teen towards a more rational expression of their autonomy?