Dealing with Teenage Defiance, Love is Your Only Weapon, plus schools for troubled teens and therapeutic boarding schools.

Dealing with Teenage Defiance, Love is Your Only Weapon, plus schools for troubled teens and therapeutic boarding schools.

Dealing with Teenage Defiance, Love is Your Only Weapon

Home » Dealing with Teenage Defiance, Love is Your Only Weapon 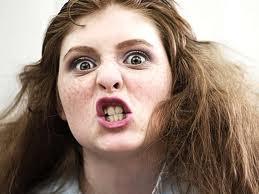 Love was all I had! Although I think “dealing with” is a little misleading, I have been hanging off the end of the rope while my wild teenage daughter bucks defiantly around her world, striking biting and kicking anything within reach. We are only just starting to reach a point where we are able to communicate in a remotely civil fashion again. I thought I would share where we have been and what tools I have called upon as I held on for dear life.

My husband and I have three children aged between eighteen and eight. My defiant little filly is now sixteen. We seemed to have no problems until she hit the teenage years and became a raging beast of defiance and rebellion, fury and rage like I had not known until then. Initially we sat quietly by as my mother chuckled that I had been the same and that she would calm down once she had asserted her independence. Three years later, two schools later, one rehab clinic later and numerous police visits my mother had decided it was quite a phase. Early on she had given me the only bit of advice I could cling to through the darkest hours, just love her unconditionally and let her know that.

I did love her unconditionally, didn’t I?

I did love her there was no doubt about that, perhaps the unconditional part had gone astray though. I found it difficult to love her when she was behaving what I perceived to be so selfishly. First tool, therapists!! My wild filly was not remotely interested in therapy and I got a double barrelled blast of expletives for suggesting it. I spent a few hours discussing how distressed I was feeling and being angry back at her for how I was feeling, once this was cleared a little we could reflect on our relationship and my parenting. I saw how the unconditional aspect was warped, I was incensed at her behaviour as I couldn’t truly allow her to be her own person, everything she did I saw as a terrible reflection on me and thus tried desperately to quickly “correct it” or control it and whip her back into what I liked her to be, something I felt I had some sort of control and influence over.

With that more honest perspective I stopped my totally ineffective attempts at control and tried to admire her ferocity, wild defiance and creative fury. I found that I could actually really do this, my very controlled straight life had not been very adventurous, I had never caused anybody a moment’s worry and found this opposite quite interesting. The more I worked through my own problems and anxieties the more I was able to separate myself from her and love her unconditionally. This over time I think has helped give her space and she no longer has so many restrictions to buck against. We are starting to come out the other side and I am looking forward to a new phase of our relationship!

Letting your children find their own personality and giving them room to make the mistakes needed to do that is very difficult, especially loving them unconditionally while they do it. I recently found this article titled ‘What is Love’ at http://www.worldtransformation.com/what-is-love, it certainly got me thinking about unconditional love being the glue holding the world together.

Dealing with Teenage Defiance, Love is Your Only Weapon