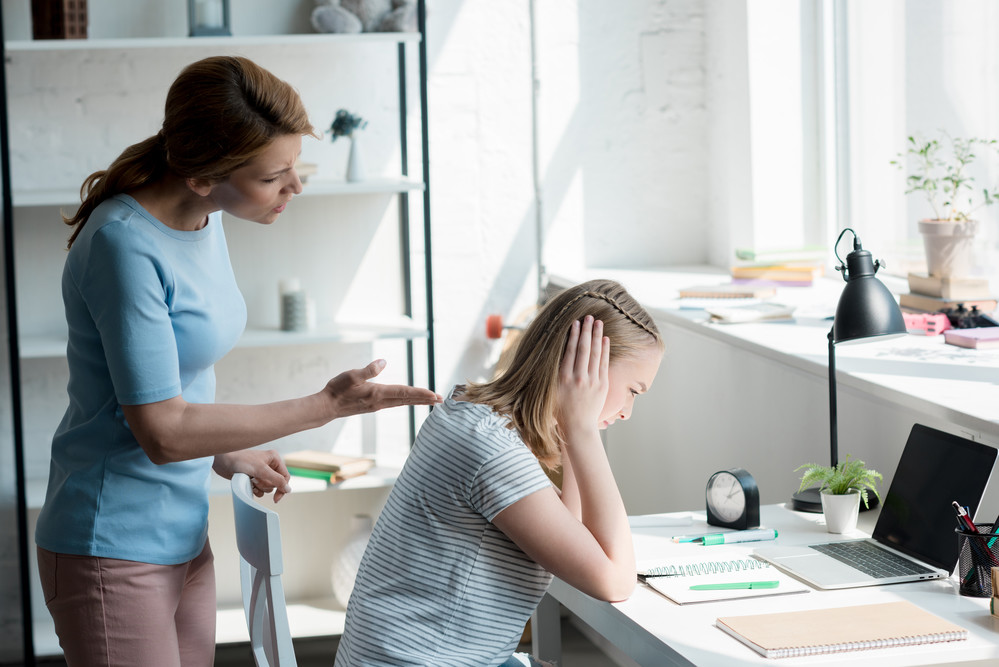 Parenting teenagers means navigating all the highs and lows of the teenage years with as much grace as you can muster. Most ups and downs can be managed through the traditional means of discipline and responsible parenting, but what if the problem is more serious? Depression is one of the deadliest mental illnesses in the world, and it doesn’t discriminate. From teens to older adults, rich and poor, single-parent homes or large families, depression can cause untold pain. Depression is the leading cause of disability in the United States, and suicide is the second leading cause of death. There is no overstating the seriousness of this issue, but today there is also a greater awareness than ever and a greater milieu of treatment options available.

What we commonly refer to as just “depression” is known clinically as major depressive disorder (or MDD). It’s a remarkably versatile disease, with varying symptoms and modes of action in different people. Some people with MDD can go years without symptoms while others are more or less constantly plagued with what physicians call “low mood.” The low mood which defines depression is characterized by low self-esteem, apathy, low energy, and even physical pain without provocation. In teenagers, the key things to look for are a little bit different than with adults. Teenagers might begin to fall behind in school or lose interest altogether. They might isolate more and feel perpetually tired, unmotivated, or unenthusiastic. They could even lash out in fits of anger or oversensitivity. Their eating and sleeping habits can change abruptly too, doing too much or too little of either or both. The final and most dangerous symptom is, of course, suicidal tendencies, which calls for immediate, intensive treatment. Substance abuse tends to run with depression, too, which can be a glaring indicator for parents. If any of these symptoms become persistent and begin to interfere with your teenager’s daily life, treatment is essential. You may have to experiment, as well, since different people respond positively to different approaches. Psychotherapy is an excellent place to start, with cognitive behavioral therapy and interpersonal therapy being two particularly effective strategies. In some cases, medication is appropriate also, mainly if the depression is physiological in origin.

Social Media and Its Role in Depression

In today’s modern age, social media is ubiquitous in the lives of teenagers. While social media has had a mostly positive impact on teen life, there are significant and genuine dangers too. While many teens have found lifelong friends and formed vital connections with people they’d never have met otherwise, others have had their lives forever altered or even ended by cyberbullying. As with all things in life, social media requires moderation and an understanding of its risks. Studies have shown that cyberbullying (the deliberate use of digital media to attack another person) can have psychological effects on teenagers and adolescents. Problems linked to social media include anxiety, severe depression, isolation, and even suicide. A recent study by the American Academy of Pediatrics even proposed a new classification of depression called “Facebook depression.” This study shows that extended periods of online activity can trigger symptoms of depression in particular teenagers. While the causes of such a phenomenon are myriad, the driving factor seems to be that teenagers are depriving themselves of traditional, in-person relationships which are necessary for their development. By replacing their real world with the digital one, teens place themselves at odds with reality, which can have adverse effects on their well-being.

The Pressure to Fit In

Peer pressure has been a force among young people since the day humanity first gathered into groups for hunting and gathering. Today, however, peer pressure has a digital amplifier in the form of social media. Teenagers are finding it even more important to fit in and create the perfect social media persona. They feel the need to match their peers regarding attending meaningful events, going to concerts, reaching milestones, and traveling so they can post these things to their timeline. As most teenagers show only the most glowing side of themselves to social media, teens everywhere begin to feel crippled by inadequacy as they start to believe that everybody else is flawless and upbeat. Socializing with others is a well-known antidote to depressive symptoms and, unfortunately, social media (when taken in large doses) can hamper the very social skills necessary to overcome depression. Teenagers who learn to only interact with LCD screens and keyboards can’t decode the interpersonal experience where body language, intonation, and hand gestures come into play. This inability to form healthy, in-person relationships can cripple the recovery phase of any person suffering from depression.

It’s important to distinguish between the nature of social media from the way in which the vast majority of people interact with it. For teenagers to restrict their emotional intelligence and suffer from Facebook depression, we’re talking about spending dozens to hundreds of hours scrolling through social media. If your teenager enjoys social media and uses it within the appropriate boundaries, your worries should be small. It is, however, a powerful draw for teenagers and, without parents to help them manage it, it can quickly spiral out of control and become a damaging attraction. Depression can be a life-threatening mental illness, and social media can become an unfortunate launch pad for people with depressive tendencies. As a parent, it’s important to understand the symptoms of depression so you can catch serious behavior before it gets out of hand. Protecting our children with depression in the digital age is more challenging than ever, but there’s help available too. For more information on protecting your children in the age of the Internet, check out our article here.

Should you need help finding boys schools near me or schools for troubled teens or boarding high schools or boarding schools therapeutic, please let us know. Therapeutic programs and schools like this will provide treatment for troubled teens. Boarding Schools (Emotional Growth Schools and Therapeutic Boarding Schools) provide supervision and counseling for at-risk teenage boys and girls. Rehabs for teens provide addiction counseling and drug abuse recovery. Residential Treatment Centers offer clinical treatment with both academic and behavioral support, plus medication management and medical monitoring. They treat adolescents with serious psychological and behavioral issues, are highly structured, and they offer recreational and adventure activities.

Most teen ups and downs can be managed through the traditional means of discipline and responsible parenting, but what if the problem is more serious?