Differences Between Conduct Disorder and ODD 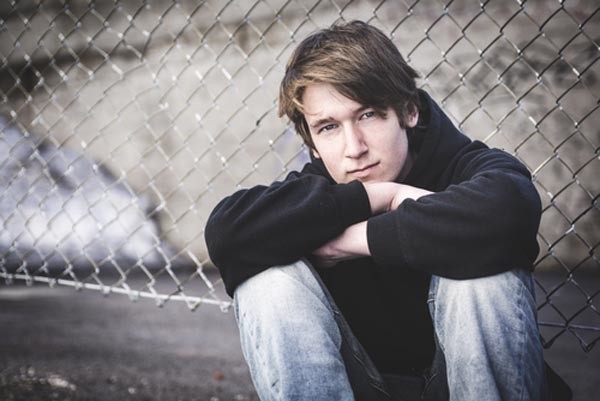 According to DSM-IV criteria, conduct disorder is serious misbehavior in children, with aggression towards people, animals, or property. This behavior can be belligerent, destructive, threatening, physically cruel, deceitful, disobedient, or dishonest. Behaviors that could fall into this category include stealing, harming others, and forced sexual activity. Bear in mind that this behavioral disorder is marked by a pattern of severe, repeated acting-out behavior and not by isolated or occasional incidences. Conduct disorder is a consistent pattern of infringing upon the basic rights of others, major rules, or societal values. The specific diagnostic criteria must include the presence of three or more of the following behavior patterns within a 12-month period, with at least one behavior present in past six months:

Aggression towards people and animals:

According to the DSM-IV, in order to diagnosis conduct disorder in a teen, the disturbance in behavior must be causing significant problems in their life, including at school, with friends and family, and on the job. In other words, if a child gets into serious trouble one time, learns from the experience and never does it again, he or she probably does not have a conduct disorder. An adult can also be diagnosed with conduct disorder if they display some of the above behaviors without the behaviors that would lead to a diagnosis of Antisocial Personality Disorder. The onset of conduct disorder is usually in late childhood or early adolescence. Conduct disorder appears to be much more common in boys than girls. Children with conduct disorder seem to have an inability to correctly “read” other people, and instead will misunderstand the intentions of others, many times believing that people are threatening them or putting them down, when this is not really the case. They tend to react to these supposed threats or put-downs in an aggressive manner with little show of feeling or remorse. They do not tolerate frustration well. They also tend to generally behave in a reckless manner, without regard for normal safety issues. Kids with conduct disorder frequently will threaten suicide, and these threats should generally be taken seriously. Boys with conduct disorder will be more inclined to fight, steal and participate in acts of vandalism, such as fire setting. Girls with conduct disorder are more likely to lie, run away and be involved in severe sexual acting-out behavior, including prostitution. Both boys and girls with conduct disorder are at an extremely high risk of substance abuse along with severe difficulties getting along in school.

What are the signs of Oppositional Defiant Disorder (ODD)?

According to the DSM-IV, if a child’s problem behaviors do not meet the criteria for Conduct Disorder, but involve a pattern of defiant, angry, antagonistic, hostile, irritable, or vindictive behavior, Oppositional Defiant Disorder may be diagnosed. These children may blame others for their problems. Oppositional Defiant Disorder is a pattern of negativistic, hostile, and defiant behavior lasting at least six months, during which four (or more) of the following are present:

It is important to note that a counselor or therapist will consider a diagnosis of oppositional defiant disorder only if the behavior occurs more frequently than is typically observed in individuals of comparable age and developmental level. In other words, the problems and conflicts between teens and parents are as old as time itself, and some conflict is normal and inevitable. However, when the parent/child conflict becomes increasingly severe and appears to be spiraling out of control, then ODD might be considered. Also, as teens are growing and learning, they will sometimes do some very ill-advised things that can cause them problems, both legal and in school. However, if this behavior does not repeat itself and is a one-time event, then a behavior disorder is probably not present. For a diagnosis of ODD to be made, the disturbance in behavior must be causing significant problems in school, in relationships with family and friends, and in the workplace. ODD will not be diagnosed if the the therapist suspects that the teen’s behaviors are being directly caused by another psychotic or mood disorder, such as bipolar disorder. Kids with oppositional defiant disorder will show some of the same behaviors as those listed above for conduct disorder, including being very negative, angry and defiant. However, with ODD, one does not generally see the mean or cruel behavior that is present in conduct disorder, such as cruelty to animals.

How does the therapist find a diagnosis for my teen?

As you can see from the behaviors listed above, there is a large overlap between conduct disorder and oppositional defiant disorder, with similarities in both disorders that include defiance, rebellion against authority, school problems, disobedience, anger and resentment, and bullying of brothers and sisters. To differentiate between the two, one of the things a therapist will generally look at is how a teen treats animals. Is he or she mean or cruel to the family pets or kind to them? Another area that is looked at is whether or not there have been legal problems, what those legal problems were, and if they are recurring or one-time events. For example, many young teens experiment with shoplifting and end up getting caught, but this does not mean they have either a conduct disorder or ODD. However, if they keep doing it or their activities turn to more serious stealing behavior, it is probably safe to assume that there is a more serious behavior problem going on. Setting fires and stealing, such as breaking into cars and stealing stereos, are more serious offenses that would generally tend to indicate a conduct disorder rather than oppositional defiant disorder. To further complicate diagnoses, some research shows that conduct disorder may be a component of childhood bipolar disorder and that some behaviors attributed to conduct disorder or ODD can be motivated by a mood disorder. Bipolar disorder is a chemical imbalance in the brain that causes major mood swings, from elation to severe depression. This can often be helped greatly with the right medication. Teens with bipolar disorder can experience mood shifts from very elated to very depressed several times in a day, making it nearly impossible for these teens to concentrate and get anything done. These mood shifts can cause symptoms that mimic attention deficit hyperactivity disorder (ADHD), creating another hurdle of diagnosing therapists. Other research shows that teens with ADHD can also present in a very similar way as those with either conduct disorder or ODD. The possibility that both conduct disorder and ODD may be a component of ADHD or bipolar disorder is being researched. Therefore, these disorders are all processes which the psychiatrist/therapist must take into consideration when attempting to diagnose a teen who is displaying severe behavior problems. The psychiatrist/therapist may resolve the problem of overlapping behaviors and disorders by assigning more than one diagnosis to a child (dual diagnosis). And as many parents have discovered, their child may receive one diagnosis from the therapist or psychologist and a different diagnosis from the psychiatrist. This only further adds to the concerns of the parents, leaving them to wonder if anybody at all knows what is going on! More than half of teens with conduct disorder stop exhibiting these behaviors in early adulthood, but about one third of the cases persist, developing into antisocial personality disorder or other mood or anxiety disorders. Children with conduct disorder tend to have a higher than expected incidence of medical and psychiatric illness at follow-up.

Treatment of Conduct Disorder and ODD

Treatment of all medical, neurological and psychiatric conditions by the appropriate caregivers can improve self-esteem and self-control. These kids will sometimes respond favorably to a very structured approach with clearly stated rules and immediate consequences for breaking rules. A home rules contract, which is set up with the help of the therapist and enforced uniformly by all caregivers, can clarify rules and consequences and provide structure for the teen. However, in some cases, only separation from the current environment, i.e. removing the child from the influence of his peers and/or a bad home environment, with external discipline and consistent behavior management and modification offer hope for success.

There is overlap between conduct disorder and oppositional defiant disorder, with similarities in both disorders that include defiance and rebellion.