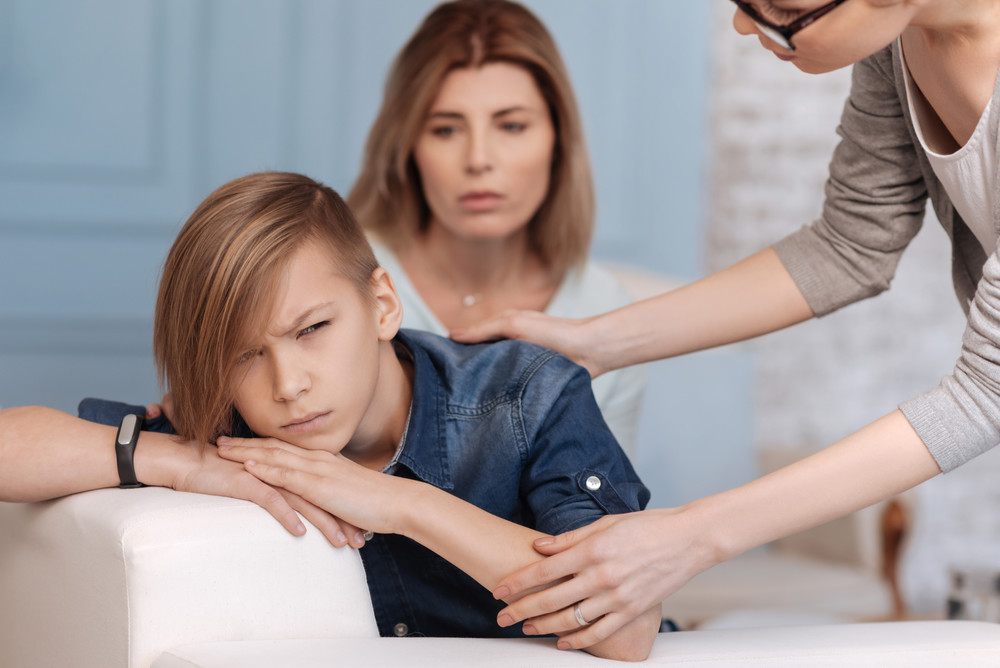 When your thought patterns rub up against those of your teenager, you can either take it personally and get upset yourself, or you can use it as an opportunity to help bring healing and a new perspective to your child. Teens get angry for a number of reasons; from fear, feelings of injustice, insecurity, loneliness, overactive hormones, lack of sleep, peer bullying, a growing need for independence and just trying to make sense out of life. Parents get angry when their teens behave in ways that aren’t appropriate or if they feel their children aren’t showing them proper respect. If parents don’t understand that their teenager’s anger may be about something totally separate from them, they might go about lighting the fuse in the dynamite by reacting too harshly. So, guess which party needs to “man up” and defuse the situation?

You don’t have to throw up your hands in resignation and despair if you’re dealing with an angry child. Here are four powerful techniques you can use to defuse anger—practical steps that actually work in the real world.

1) Be a Model. Many times in the heat of anger a person realizes they’re going too far, but they don’t know how to back off and cool down. It’s an important ability for either party, but it is learned by the parent modeling it to their children. For instance, when talking to a child who is angry, try to look for a way to identify with him. If he accuses you of not understanding, say something like, “You’re right. I didn’t listen well enough. I was wrong. Tell me again.” What this shows them is what it looks like to cool down, step back, and say, “I was wrong.” One of the most important things to remember is that feelings aren’t something you can control or necessarily reason with. You can’t argue them away, even if you are completely right. In fact, the more right you are about the other person being wrong, the more angry they will get. If a pot is boiling over on the stove, telling it to cool off doesn’t help. You have to turn down the heat and let it cool. The “stand your ground” drill sergeant approach of “yelling and telling” doesn’t work. That just models shouting and will turn your home into an unending scream fest as your teenagers gain the confidence to respond in kind. Correcting an angry teen with equal or greater anger is like throwing gasoline on a raging fire. Instead, remain calm. Spend time listening and trying to get an idea of what they really want. Remember that anger is a symptom—so don’t try to beat it, treat it or cover it up. Find the disease—the disappointment that is driving the anger, and focus on dealing with that.

2) Make Your Home a Respite.

Kids enter a jungle when they walk out the front door. School has always been a tough place. Today the bullying is far worse than ever, in and out of school through online chat rooms, cell phone texting, and social networks like Facebook and Twitter, where insults can reach the teen (and the world) wherever they are. So, in your homes you can show your teens that even if they’re upset with you, or the whole world seems to be upset with them, you still love them and accept them unconditionally. When you’ve seemingly become the focus of their anger, it can really cut against your grain personally, but you need to wear your parent hats and avoid being defensive. In fact, don’t even try to quash their anger. If you do, they may well try to seek other ways to deal with their frustration, like drinking or taking drugs to cover up having to think about it. Rather, having a safe place to “blow off steam” and talk about it allows them to process what they’re feeling. After all, they probably aren’t even angry at you, they’re just taking it out on you because you are a convenient target. This is the heart of the reason why conflict provides the opportunity to strengthen and deepen the relationship. If it is handled correctly, with caring and without defensiveness, it gives you an opportunity to talk and to lift them up — to be on their side. You can also share the inappropriateness of shifting their anger to attacking the ones they love. And each time they are upset, they’ll be less explosive because they’ll know they can safely come to you to talk about it.

When dealing with an angry teenager, don’t walk away. Get closer to them and position yourself below them. If they’re standing, sit. If they’re sitting in a chair, sit on the floor. It’s a way to signal that you’re not going to force your opinion on them. You’re telling them without saying a word that you want there to be a two-way conversation about what is bothering them. It’s a way of lowering the temperature, and encouraging them to talk. Because of the difference between the way boys and girls communicate, try taking a guy for a ride in the car to have a longer talk after things have cooled down. If they’re not facing you, it can be easier for them to open up about what is behind the anger they’re expressing. Or, do something physical, like fishing, playing basketball, or jogging. If you have a daughter that’s upset, that talk may go better on a walk, a visit to the mall, or at a coffee shop. In any case, find ways to get them to converse with you. Remember that you’re not trying to squelch the anger and make it go away; you’re trying to get at the root cause and allow them to release some of their steam. There are many legitimate causes for anger. But when anger brings the teen to a point that they are spinning out of control, it can be because their relationship with the parents isn’t such that they feel they can share their frustrations. Who else can they talk to?

If you know there is something bothering your teen, prepare yourself before you talk to them. Think about your objectives for the conversation, and how you will go about accomplishing them. Think about what you will say and how you will act if they attack you for not caring or understanding, or for letting them down. Think about what you can do to help them channel their angry energy into non-destructive outlets. Especially think about what could go wrong during the conversation. Spending some time like this ahead of the conversation will pay enormous benefits. Dee-Dee Meyer points out the importance of positive feedback to healthy ego development for your teen. She says, “For every negative thing I say, I try to say two positive things.” So, in preparation for your talk, plan what positive things you will say. Put yourself in their place. Remember how important “little” things were to you when you were a teenager. Try to empathize with their emotions, even if they are unrealistic and immature. You’re helping them grow and develop by helping them respond properly to what is making them angry. Finally, prepare an exit strategy for what you will do if things start to get out of hand. Though the issue does need to be resolved, often taking a break for everyone to cool off is the best step. You can say something like, “I want to think about what you said, and you can think about what I said. Then we’ll get back together and talk.” This doesn’t place blame or shame them; it puts you both on the same level and allows the conversation to continue when things calm down. Remember, conflict is a precursor to change. Look beyond their anger to what may be causing it. Never allow their anger to force you to reduce consequences, nor allow it to turn violent, disrespectful or threatening. If it does, it will only get worse, so get the help of another adult, a counselor or the authorities if needed. Hopefully you’ll get it under control before it gets so far out of hand by making an intentional effort to help your teen talk about and get beyond what is upsetting them.

You don’t have to throw up your hands in resignation if you’re dealing with an angry child. There are practical steps that actually work in the real world.