How Do You Cope When Children Swear? | Rescue Youth, plus schools troubled teens and Christian boarding schools.

How Do You Cope When Children Swear? | Rescue Youth, plus schools troubled teens and Christian boarding schools.

How Do You Cope When Children Swear?

Home » How Do You Cope When Children Swear? 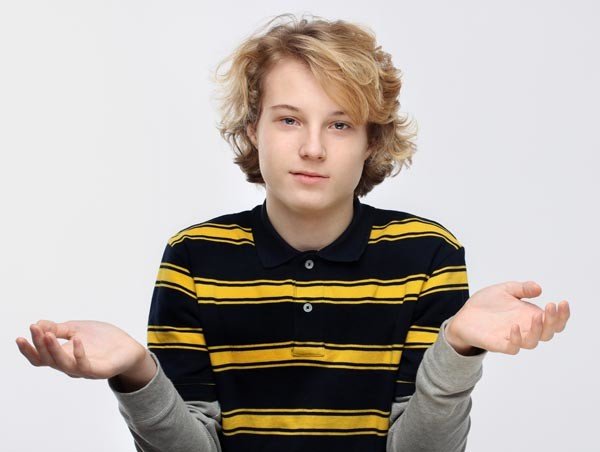 Is Swearing In Front Of Your Kids A Big Deal? Recognize it’s a slippery slope when children swear. If you frequently swear at work or with your friends, there’s a higher probability you are going to slip and swear in front of your kids or to one of their teachers at back to school night. Kids are like language sponges. Even when we’re on our best behavior in front of our kids, research shows that most kids know a four letter word by the age of two and swearing becomes adult-like by the time they’re 11 or 12. For teens, swearing often becomes a rite of passage. They think it makes them cool or more grown up. So what do you do when you curse in front of your kids? Should you come clean? It depends. If it doesn’t seem to register on their radar, just keep talking and act like it didn’t happen so you don’t make a bigger deal out of it than it needs to be. If they call you on it – come clean. Admit you made a mistake and brainstorm with your kids other words you could have used instead. Make a point to use that new, G-rated word throughout the day. “Rats, I just burned the dinner rolls.”

What Should Parents Do When Children Swear?

When children swear, don’t over-react. That will make the words more exciting. Calmly explain those words aren’t okay in your family or depending on the word, have a “time and place” discussion. Those words are okay at home – but not at school or at grandma’s house. Some families use a swearing jar. Just make the fine hefty enough to make everyone think twice before dropping a swear-bomb and donate the money to a good cause. I like the idea of having kids find alternative words to use. When someone swears, dig out the old-fashioned dictionary (not the online dictionary) and challenge them to find 3 adjectives or exclamations they could have used instead. Of course, we also have to limit their media and internet exposure. Sites like kidsinmind.com will tell you exactly what curse words are in movies and commonsensemedia.org is also a great resource to determine the appropriateness of TV, movies and internet sites.

What If The Cursing Continues?

If the problem is ongoing despite your best efforts, the swearing is likely a symptom of a power struggle with the parent or he’s using swearing as a revenge behavior. If that’s the case, it’s time to dig deeper and determine what’s really behind the behavior. What about watered down versions of swearing? (“bite me” “frickin” “that sucks” “crap”) Tolerance for those words differs by family. If you allow watered-down versions of swear words at your house, be very clear about where and when they can be used. “You can say those words at home but not at school or with grandma” and then be sure to model those rules yourself.

Nationally recognized parenting expert Amy McCready is the Founder of Positive Parenting Solutions and the best selling author of The “Me, Me, Me” Epidemic – A Step-by-Step Guide to Raising Capable, Grateful Kids in an Over-Entitled World and If I Have to Tell You One More Time…The Revolutionary Program That Gets Your Kids to Listen Without Nagging, Reminding or Yelling. As a “recovering yeller” and a Certified Positive Discipline Instructor, Amy is a champion of positive parenting techniques for happier families and well-behaved kids. Amy is a TODAY Show contributor and has been featured on CBS This Morning, CNN, Fox & Friends, MSNBC, Rachael Ray, Steve Harvey & others. In her most important role, she is the proud mom of two amazing young men.

How Do You Cope When Children Swear? | Rescue Youth

Kids are like language sponges. Even when we’re on our best behavior, research shows that most kids know a four letter word by the age of two.