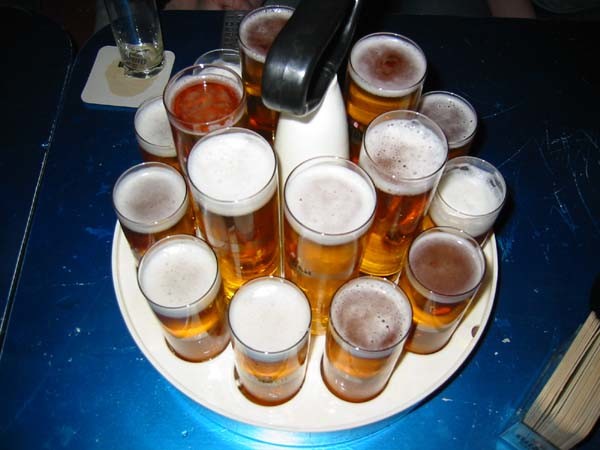 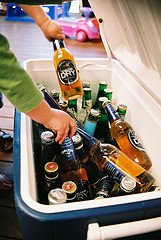 In high school, it’s a constant social battle to be popular and cool among your peers. And of course the struggle becomes even more difficult when you factor in the cliques and cliches that are associated with high school-aged kids worldwide.

So it’s really no surprise that many teenagers these days think it’s “cool” to go out to parties at friends’ houses when no parents are home, participate in some binge drinking activities and face the consequences the following day. It’s something, it seems, that most teenagers will try once in a while, but many get carried away far too early in their lives with their levels of drinking.

Aside from the obvious dangers of underage drinking, such as the many legal limitations surrounding the issue and the risk of potential alcohol overdose or DUIs, there are far more dangers to these teens than many of them realize. Here are just a few.

Scientific studies show that the human brain continues to develop in a person well into their early 20s. These same studies show that the introduction of alcohol into the system prior to the full development of the brain can lead to serious long-term negative effects. A teenager’s intellectual capabilities are basically stunted when alcohol is introduced too early and too often.

Short-term dangers to the brain following alcohol consumption mostly fall under the memory lapse category, or “blackouts.” But when drinking begins early and is continued on a regular basis, it can lead to longer-term memory problems, as well.

Since the human brain is still developing at the time when many teens choose to partake in alcoholic activities, their risk of alcohol addiction can skyrocket. Of course, other factors may be involved here, as well, such as the history of alcoholism in the family, the overall health of the individual, etc., but for underage drinkers, each year that drinking is put off will decrease the risk of addiction by up to 14%.

In addition to this, alcohol is the most common “gateway drug” out there, often leading to further drug use in teens, including marijuana, cocaine and heroine.

Everyone knows how alcohol can affect people – it can make you say and do silly or stupid things, or cause you to make some bad decisions while under the influence. In teenagers, the risk of these behaviors is significantly increased.

In particular, teenagers are more likely to engage in risky sexual behaviors, such as engaging in sexual activities with people they don’t know or even failing to use proper forms of birth control. Alcohol can also, of course, lead teens to drink themselves home thinking they are fine when they actually are not, as well as increase their risks of engaging in dangerous activities such as jumping from heights (due to impaired depth perception and judgment), experimenting with dangerous substances or even contemplating suicide (alcohol is a depressant, after all).

Underage alcohol consumption can also lead to several other physical effects, aside from the stunted growth and development of the brain. These other effects include an increased level of enzymes in the liver, which is a sign of liver disease, imbalances in hormones necessary for growth and development through the entire body and even excess weight gain.

So if you know a teenager who is considering partaking in alcoholic activities, make sure they understand that they are not just risking being caught by their parents or even by the police force, but that they are actually risking their overall health to try to look “cool” in front of their peers.

Jessica Tanning is a freelance writer who recently had to research a drug rehabilitation facility for a family member due to underage alcohol consumption. It’s a matter that she feels is close to her heart and she hopes to help spread the word to teens about the dangers of underage drinking.