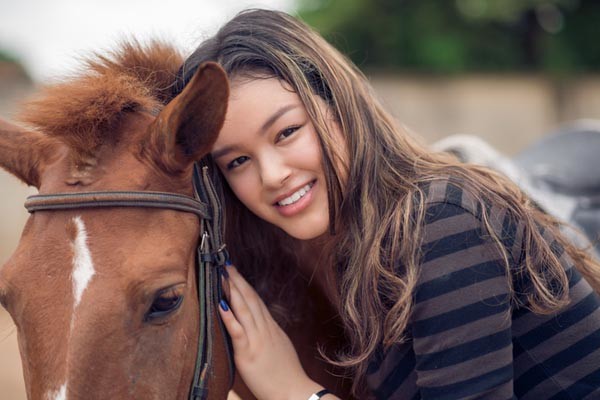 How To Connect With Your Millenial: Teenage Girls

Parents and teens have always argued with each other, since time began. They have argued about school, relationships, privileges, responsibilities, and everything else you can think of. However, teens today have a whole slew of complications which can seem to make their lives even more difficult than generations before.

Teens have always rebelled, that is nothing new. However, teens nowadays rebel in much different ways than before. Parents and grandparents may have expressed their personalities in yearbooks, diaries, and other sorts of printed mediums. Now, teenage girls are probably going to be showing their personalities on things like Snapchat and Facebook. Technology and the culture of instant accessibility places pressures on them to do so. Similarly, this generation relies heavily on text messaging and group chats rather than phone calls.

Statistics show that there has been a decrease in alcohol consumption among teens in the last 40 years. In 1975, 75% of teens admitted to alcohol consumption within past 30 days compared to just 40% today. Marijuana usage, however, has remained at about a steady 40% of high school seniors admitting to use in past 12 months. Additionally, the now widespread legalization of marijuana nationwide has made the drug socially acceptable and appear harmless to kids.

The average age of marriage for women has risen in the last 40 years as well. The average age was 22 in 1980 and is now 28. Teen girls nowadays place a much greater emphasis on independence and are much less concerned with finding a spouse. Previous generations were more or less required to find a successful husband in order to fulfill societal expectations and ensure a stable future. This is no longer the case. Additionally, same sex relationships are now becoming increasingly socially acceptable.

Racial tensions skyrocketed during the 1960’s and 70’s. This tension seemed to subside during following years, but rose sharply again in 2014 when Eric Garner and Michael Brown were gunned down by police officers. High school students were among the forefront of the protest marches during this time. A lot of teens feel deeply and personally involved in these issues, and are very motivated to take action. The election of Trump sparked even further political activism in the millennials as racial issues continue to dominate the nation’s attention.

Although much has changed, there are areas where parents can find overlap. Like previous generations, millennials still express their worry and uncertainty about the future. Transitioning from adolescence to adulthood is always a challenge, no matter the decade. The income gap continues to grow, and economic concerns remain omnipresent. These economic issues are at the most obvious when it comes to college-related expenses. Teens also worry about what’s going to happen after college while some feel like their parents worked hard and paved the way for them to receive an education.

How Parents Can Build Better Relationships with Their Teen Daughters

While parents often note that their teen girl can be emotional and moody, they should never take it personally. Even while keeping this in mind, these teens can be hard to work with. You might be tempted to fight with her, a better solution is often to give your daughter her space and let her find her own path. The following tips can be a useful guide through these tumultuous times.

Teens today have a whole slew of complications which can seem to make their lives even more difficult than generations before.