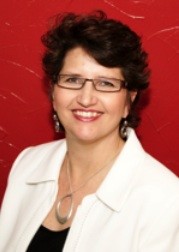 Connecting people to each other is Minette Riordan’s passion because she believes that it is the bedrock of true happiness. Minette is continuously trying to search for ways to help people so that they will be able to connect with their higher self and with other people. She is a business owner, a community volunteer, a speaker, a writer, and a teacher.

She taught adult enrichment, high school, and college classes on various subjects such as creative writing, nature writing, world religions, women’s literature, literature, and Spanish language. She also worked as editorial assistant for creating textbooks for high school for teaching Spanish. She also taught in a private school for troubled teens in northern California. She earned a National Endowment for the Humanities award which gave her an opportunity to spend one summer at the University of Oregon as a student. She also taught creative writing classes when she relocated to Estes Park in Colorado.

When she relocated to Plano, Texas, she established Scissortail Publishing and began publishing North Texas Kids. She now has 10 employees and her company plays host to 2 huge family expos every year. She obtained her certification as Coach for Parents in 2006 from the Academy for Parent Coaching International.