In 2005, a trend started with young people who had cameras on their phones of sending explicit photos of themselves across the wireless network referred to as “sexting.” Many of them did not realize the issues that would follow concerning state and government laws dealing with child pornography. Parents may be held liable if the phone is in their name. They could face a fine and jail time if proof cannot be made that the child was the one who transmitted the photo in question. Cell phone tracking software is available to keep track of kids with others.

It is estimated that 20% of young people have been involved in “sexting.” Children and teens are still minors. They need the supervision of their parents to keep them safe. Privacy is a privilege and not a right for young people. Cell phone monitoring software can gather text messages and use GPS tracking. It can actually save a child’s life. The cell phone tracking software can help keep track of those who should not be communicating with the kids. Parents are used to worry about their young people being out in malls, parks, and other public places. But when the Internet was put into the American home, it became another window to keep shut as possible dangers try to lure the curious. Today, cell phones take it to the next level outside the home. This puts those we love in harm’s way.

No get out of jail free card

Once the photos are published, they can be tracked by government agencies using cell phone tracking software. Laws are in place to try and narrow the margin of the growing problem of people “sexting”. It has become a felony in some states and can put youth in juvenile detention for more than five years. Depending upon the case, it can land a person in jail up to thirty years. Sexting is becoming a serious crime and will continue to promote harsh punishment to those who disobey the law. The government knows the advantages of cell phone monitoring software.

The FBI uses cell phone monitoring software downloaded to suspects phone to monitor every move they make. The evidence can be used against them when they are caught. The tracking software can be downloaded on their phone without their knowledge.

Computers are used at work to commit illegal acts. Local libraries do monitor their computers that are being accessed by patrons. Now, companies can do the same thing with cell phone tracking software. Those who are suspected of illegal misconduct can be traced. Their every move can be made with the GPS tracking software. All texting and phone communication can be monitored. A company can know what pictures they are sending and receiving to their phone. This can stop a potential problem in its tracks before it becomes an issue with the organization. 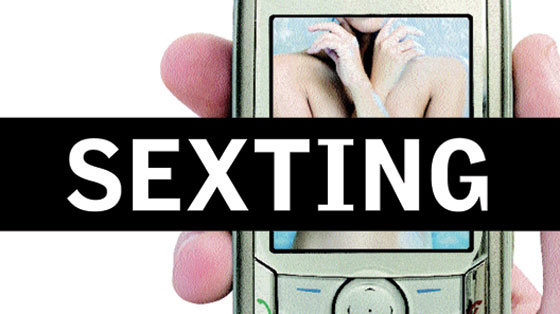 Don’t let “sexting” become an issue. Even if your children would never send a photo of themselves, you need to know when there is potential harm to your children. Other kids and adults who should not be communicating with your children can be stopped when you have control. It is not about kids privacy. Cell phone is the number one priority in the life of our children and teens when they are communicating with others. It is impossible to be around their every move. However, cell phone monitoring software will let parents read text messages, monitor call details, view pictures, see video files, and track location. Parents can rest assure that their child and teenager is safe on the phone any moment.

Jane Andrew is the author of cell phone monitoring and cell phone tracking technology. She provides tips, tricks and news about mobile apps. You can also follow her on Twitter @pcspysoftware to get the latest tips about cell phone technology.