Should You Send Your Teen to a Christian Boarding School?, plus private boarding schools and therapeutic schools.

Should You Send Your Teen to a Christian Boarding School?, plus private boarding schools and therapeutic schools.

Should You Send Your Teen to a Christian Boarding School?

Home » Should You Send Your Teen to a Christian Boarding School? 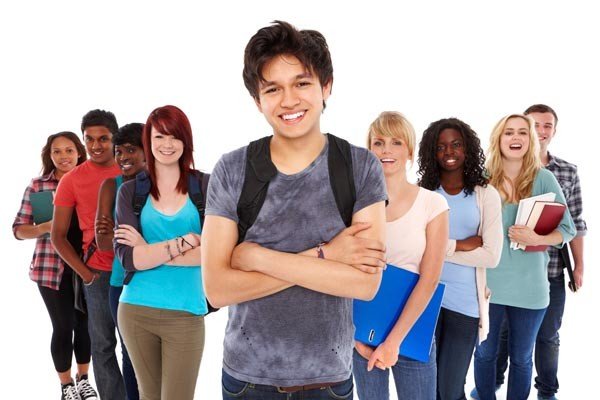 If you’re looking into boarding schools for your teenager, you might be surprised by the amount of options available. Sending your son or daughter away for their education is one of the biggest decisions you’ll make as a parent, so it pays to be well-informed. Probably the biggest difference between these two types of programs might seem obvious, but bears some explanation. Christian boarding schools place a great deal of emphasis on the spiritual approach. This is perfect for teenagers who come from Christian homes. If your son or daughter is in this category and, over the years, you’ve watched them stray from the path of Christ no matter what you do, a Christian boarding school will bring them back to their faith. While traditional boarding schools often provide discipline, structure, and their own sort of principles and morals, they are entirely non-religious. This is typically better for students without any religious affiliation or teenagers who don’t need any sort of profound change of heart.

Because of the spiritual component of Christian boarding schools, these programs are often run very similarly to therapeutic boarding schools. This means that Christian boarding schools generally accept teens who are struggling academically or having behavioral issues at home. A lot of other boarding schools do not work with troubled teenagers, because their programs are simply designed to take teens who are already doing well academically and give them a competitive edge over their peers. If your son or daughter is falling behind in school or acting out in the home, Christian boarding schools are probably your best bet. When a teenager is surrounded by others who are suffering from the same issues, they begin to see how change is really possible. They will also feel at home and supported in the efforts they make to improve themselves. While most other boarding schools simply don’t accept troubled teens, some do. The issue there is that they don’t specifically work with troubled teens. As a result, your teenager will likely be surrounded by kids who do not have the same issues as them, which can foster the same feelings of alienation which caused these issues in the first place.

This brings us to educational differences. Both styles of program offer education, but do so in very different ways.

At traditional boarding schools, enrollment usually targets teenagers with good grades and only minor behavioral issues. When these students arrive at the program, they are held to high academic standards and expected to be able to succeed. The main difference between a boarding school and school back home is the addition of structure and discipline. While these things are very important for troubled teenagers, they are rarely sufficient to foster success in them. Additionally, the curriculum is secular and leads most teenagers into intellectualism, rather than spirituality. Under these conditions, even devout students can sometimes lose their way. Christian boarding schools provide education which is tailored to the needs of students. Many of these programs are individually accredited through curricula which are specifically designed to suit the young Christian man or woman, even those with behavioral problems. The hallmark of these academic programs is an education which is taught from a Christian worldview, accommodates a flexible, technology-driven classroom, and allows students to work at their own pace. Education at these programs is not the sole purpose. Instead, academics serve as one part of a complete whole, which includes scripture, behavioral changes, and therapeutic practices. This allows students to grow in faith while staying on track in school and growing and changing in areas which were harmful.

In addition to the character-building, academics, and discipleship which take places on campus, Christian boarding schools often go offsite to really round out their students’ life education. It is very common in these programs for students to participate in a variety of service projects which teach practical life lessons. Some schools participate in missions programs, where your teenager will go to a less fortunate area and bring with them the Gospel and practical aid. Others do local community service, giving back to the society from which they’ve probably only taken before. While these activities are altruistic and helpful to others, you’ll find that these activities can be some of the most profoundly life-altering moments in young people’s lives. By going out and caring for others without asking anything in return, students learn humility, faith, and compassion for others. If your teenager is going through a rough patch, there’s probably no doubt in your mind that they could use some of these principles in their lives. From Christian principles to vocational skills to leadership and teamwork, the lessons these outreach activities teach students are almost limitless, and most traditional boarding schools do not invest time in them at all.

Ultimately, the decision between these programs comes down to your teenager and your family. If your teenager is falling behind in school, struggling with behavioral issues, or beginning to lose sight of his faith, Christian boarding schools are the ideal choice. If, on the other hand, your son or daughter is doing pretty well in these areas or spirituality is not a concern, traditional boarding schools might be just fine.

Should You Send Your Teen to a Christian Boarding School?

If you’re looking into boarding schools for your teenager, you might be surprised by the amount of options available and it pays to be informed.