Should You Leave Your Rebellious Teen in Jail?, plus schools for troubled teens and California boarding schools.

Should You Leave Your Rebellious Teen in Jail?, plus schools for troubled teens and California boarding schools.

Should You Leave Your Rebellious Teen in Jail?

Home » Should You Leave Your Rebellious Teen in Jail? 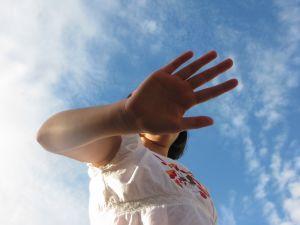 One of the things that is sure to break the heart of any parent is a rebellious teen. The number of times you remind them to be good won’t matter that much if they fall into bad company. Peer pressure alone may be able to compel them to do things they wouldn’t normally do, like shoplifting. You can threaten them with the thought of jail, but what would you do if your wayward teen actually broke the law, was arrested, and landed in jail?

A Lesson to Be Learned the Hard Way

There is no doubt that a jail is a scary and miserable place, and letting your rebellious teen spend a night in jail may be a good way for him to learn a valuable lesson. Not only will it give him some time to contemplate on what he’s done and rethink his priorities, but it will also be a good way for him to appreciate freedom and what you’ve been doing for him as a parent. A night in jail just might be his wakeup call to straighten out his life.

However, knowing that your child is going to spend a night in jail is just as scary for the parents. After all, bad things do happen in prison, and as parents, we always have this instinct to protect our children. Furthermore, there is also the risk that spending one night in jail will backfire and make him more rebellious than ever.

Asking Someone Who Knows

If you are having a hard time choosing between bailing your child out and giving him tough love, then you have to ask someone who knows what a night in jail means. You can approach your local bondsman and ask for his opinion. Sure, he will tell you to immediately bail your child out. After all, he is after your business. However, your local bondsman knows how the legal system works, and he could get your child out as quickly as possible if you do change your mind and want him home.

If you don’t know the system and/or if you don’t have the money to bail your child out, then he could spend more than just a night in jail. Now, this is where the bondsman comes in. He will pay the amount set by the court to release your child, and get his money back when your child attended all the courts dates.

Not Just an Empty Threat

Let’s say that you got your child back. You should know that your threat of letting him stay in jail for a night is not just an empty threat. He will still go home with hard lessons learned.

Spending a night in jail can teach your wayward teen a very valuable lesson; however, it is also a bit unnecessary. You always have the option to impose penalties like grounding your child or having him do community service.  Hopefully, too, the fact that he was arrested and nearly spent a night in jail should be enough to teach him a lesson.

Jennifer Daubs is a bondswoman for a Beverly Hills Bail Bonds company. In her spare time, she also volunteers at a center for troubled teens, helping them reconnect with their families. Jennifer also writes articles for Bail Bonds Direct.

Should you need help finding teen drug rehabilitation centers or programs for troubled teens or Christian schools for troubled teens or therapeutic schools near me, please let us know. Therapeutic programs and schools like this will provide treatment for troubled teens. Boarding Schools (Emotional Growth Schools and Therapeutic Boarding Schools) provide supervision and counseling for at-risk teenage boys and girls. Rehabs for teens provide addiction counseling and drug abuse recovery. Residential Treatment Centers offer clinical treatment with both academic and behavioral support, plus medication management and medical monitoring. They treat adolescents with serious psychological and behavioral issues, are highly structured, and they offer recreational and adventure activities.

Should You Leave Your Rebellious Teen in Jail?