Underage Tattoos Are a Form of Child Abuse, plus boarding schools and residential schools.

Underage Tattoos Are a Form of Child Abuse, plus boarding schools and residential schools.

Underage Tattoos Are a Form of Child Abuse

Home » Underage Tattoos Are a Form of Child Abuse 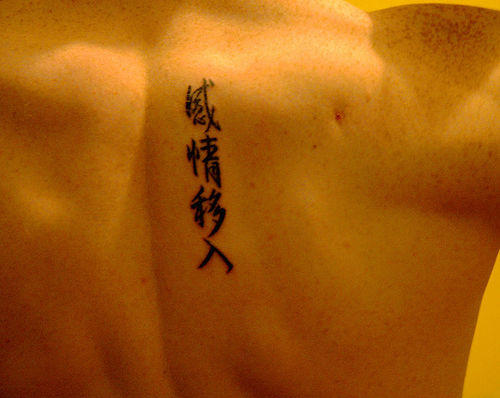 The issue at hand in cases of minors getting tattoos is the same one at play in cases of minors in possession of alcohol: decision making. While it’s legally recognized that adults are responsible enough to make their own choices when drinking, minors are not. So, the same rule applies to tattoos. Minors simply don’t have the experience in life to understand the potential lifelong consequences of their actions.

For instance, say your child really likes a particular band. For them, that band is the most important thing in life, and as a result, they want to get the band’s logo tattooed on their flesh. Of course, nevermind the fact that the attention span of minors changes on a dime, and nevermind the fact that the band your child loves today may be the one they hate tomorrow. If you allow your child to get that band’s logo tattooed, you are essentially saddling your child with a virtually irreversible mistake that they will have to live with forever.

Your Role as a Parent and as an Adult

Once again, adults are believed to be able to make their own choices, for better or for worse. Minors, on the other hand, are specifically prohibited from doing so, as strange as it may sound. While in your care, your child legally makes no actual decisions – you do. Furthermore, this is your role as a parent, but also as an adult. In a sense, allowing your child to get a tattoo is the same as providing your child with alcohol. Your decision endangers the well-being of your child, and you may end up paying dearly for that decision.

Penalties for Tattooing a Minor or Allowing One To Be Tattooed

In most states, the charges for child abuse and endangerment range from misdemeanor to felony. This means that tattooing a child or allowing your child to be tattooed could lead to anywhere from a year in jail to many years in a federal prison. On top of that, financial penalties can range from $1,000 to several thousand. To make matters worse, whether you’re charged with a misdemeanor or a felony, you will have a criminal record that follows you around for the rest of your life, much like the tattoo your child has.

If your child is asking you to tattoo them or to allow them to be tattooed, it’s simply not worth the risk, both to you and your child. Once your child reaches the legal age of adulthood in your state, they can make all of the decisions they want, but remember, while your child is under your care as a minor, you are ultimately responsible for their decisions and actions. Instead of taking your child out to get a tattoo, take some time to discuss why they want the tattoo in the first place. From there, you can educate them as to the potential consequences, ultimately allowing both of you to come to a better understanding of each other.

Should you need help finding boarding schools for behavior or special education or boarding schools therapeutic or ranches for troubled boys, please let us know. Therapeutic programs and schools like this will provide treatment for troubled teens. Boarding Schools (Emotional Growth Schools and Therapeutic Boarding Schools) provide supervision and counseling for at-risk teenage boys and girls. Rehabs for teens provide addiction counseling and drug abuse recovery. Residential Treatment Centers offer clinical treatment with both academic and behavioral support, plus medication management and medical monitoring. They treat adolescents with serious psychological and behavioral issues, are highly structured, and they offer recreational and adventure activities.

Underage Tattoos Are a Form of Child Abuse