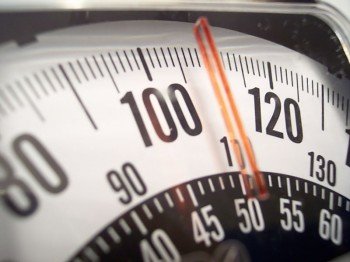 Being an overweight teenager can be a horrible experience. Those that have been there will tell you that being overweight affected their self-esteem, ability to get dates, and popularity – all three of which are highly important to most teenagers. Some teenagers also suffer the additional trauma of being teased about their weight. If you are a teenager who is unhappy with your weight, trying following some of this simple tips and tricks to help gradually melt weight away.

Don’t spend so much time playing video games/watching TV/playing online. Go out and DO SOMETHING! It is tried and true advice, but can be difficult to do. However, if you’re sitting in front of a screen you are ten times more likely to start snacking. If you are addicted to television, video games or your PC, split up your routine. Come home and check on your Facebook friends or play a game for an hour after school (skip the snacks), then go do some sort of physical activity for at least 30 minutes. Your TV/game/PC will still be there when you get back.

If you don’t feel comfortable exercising in public, try to buy a Nintendo Wii so that you can exercise at home and have fun doing it! Even though a brand new Wii may be expensive, you might be able to find a used one on eBay. If you can’t afford it on your own, talk to your parents about your weight loss goal and maybe they’ll be willing to help you buy one. If they have no clue what a Nintendo Wii is, explain what it is and that even though you’re playing games, you’re still exercising too.

Did you realize that dancing is one of the best cardiovascular exercises you can do? You can go into your own bedroom, close the curtains, shut the door, and turn the music up – just not too loud – and dance the pounds away. Don’t think about whether or not you look silly, because no one is watching anyway, just enjoy the music and try to dance for at least 30 minutes every day.

You may not have total control over the meals your parents cook, but you can decide how much you eat. If your parents order pizza for dinner, then try to limit yourself to one or maybe even two slices instead of four. You can also choose what you eat on your own. Give up drinking sodas and drink water instead. Don’t spend your lunch money on junk food. Even if school cafeteria food isn’t the greatest, it is still better for you than gobbling down a bag of chips. If you are going out to eat, try to pick healthier choices off the menu – even you’re going to McDonald’s.

Believe it or not, if you are a teenager who wants to lose weight then your parents are your best allies. Talk to your parents and explain to them how important it is to you to lose weight; most parents will support your goal. Ask if whoever does the grocery shopping would be willing to buy some healthy snacks that you like. Ask if they would consider hiding the “junk food” so that you’re not as tempted. Gather support and assistance from your family and you’ll quickly see that you CAN lose weight and you don’t have to be miserable doing it.

About the Author: Ali Rycroft spent a lot of time hiding from her peers when she was younger and felt a lot better when she became more active, shed 35 pounds, and started playing sports.