Can She Recover? Your Daughter’s Inappropriate Photo Goes Viral

Home » Can She Recover? Your Daughter’s Inappropriate Photo Goes Viral 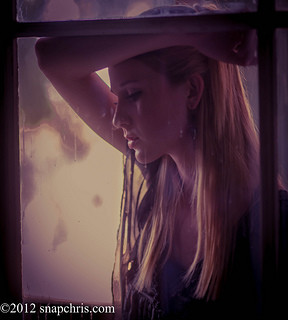 Today’s teenagers use the Internet and their smartphones for the vast majority of their social interaction, but this can easily backfire on them if something damaging such as an inappropriate photo gets posted online. It can be easy for a spiteful ex-boyfriend or a bully to gain access to private photos. It is very important to make sure your daughter understands the risks involved with taking and posting provocative photographs.

Is School A Safety Zone?

Every school has a code of conduct. According to personal injury lawyers in New York, “Schools are fully responsible for making sure reasonable steps are taken to protect children in their care from hazards,” including those such as bullying and sexual abuse. School officials are supposed to prevent injurious behavior. Where the picture was taken needs to be determined because the school can potentially be held liable if the image originated on school property. It’s also important to note if the school took any actions to prevent the photo from being shared during school hours. Who posted the photo online also needs to be determined and if it was a fellow student, the perpetrator could be suspended or expelled.

Dealing with the Social Stigma

It can be devastating for a teenage girl when personal and invasive information, such as inappropriate photographs, gets made public. If these are passed around an entire school or community via text messaging and social media, her life can be turned upside down. Hopefully, the negative impact on her life will not be long lasting. There are several steps that the entire family can take to minimize the damage, including publicly standing behind the daughter in question.

After all, your teen is going to feel ashamed and embarrassed enough, so she needs you to put aside your personal feelings and judgments long enough to stand up for her. It is also important to utilize this situation to help your daughter learn two important life lessons: be careful who you trust and never text or email something that you do not want other people to see. Nothing is really deleted from the Internet.

From a social standpoint, it will be critical for your daughter to stand her ground. Instead of letting the viral photograph terrorize her, she should acknowledge that she made a mistake and confront the issue head on. She should still engage in her regular activities including sports and extracurricular clubs. The worst thing that she could do is isolate herself. Teach her that nobody has the power to shun her. If it would help, let her speak to a therapist.

What Steps Can I Take to Remove the Nude Photo?

If the photo has been posted on Facebook or any other social media sites, you can report it as abusive, and it should be removed relatively quickly. Additionally, you can contact the police if you know who posted the image. After all, unless your daughter is over 18, the photograph will be looked at as child pornography in most areas, and this charge is accompanied by several legal penalties.

Ultimately, it is up to each parent to help guide their daughter away from making the bad decision to share any compromising photos via the Internet or texting. However, if this situation does occur, you need to be supportive and help them take the necessary legal action to get the photograph removed from any applicable websites.

Should you need help finding therapeutic schools near me or boarding high schools or schools for troubled teens or schools for troubled teens, please let us know. Therapeutic programs and schools like this will provide treatment for troubled teens. Boarding Schools (Emotional Growth Schools and Therapeutic Boarding Schools) provide supervision and counseling for at-risk teenage boys and girls. Rehabs for teens provide addiction counseling and drug abuse recovery. Residential Treatment Centers offer clinical treatment with both academic and behavioral support, plus medication management and medical monitoring. They treat adolescents with serious psychological and behavioral issues, are highly structured, and they offer recreational and adventure activities.

Can She Recover? Your Daughter’s Inappropriate Photo Goes Viral

It can be devastating for a teenage girl when personal and invasive information, such as inappropriate photographs, gets made public